Advances in wind technology and engineering are making wind power viable in areas previously thought to be inaccessible. What does the future hold for wind?

From the Christian Science Monitor: 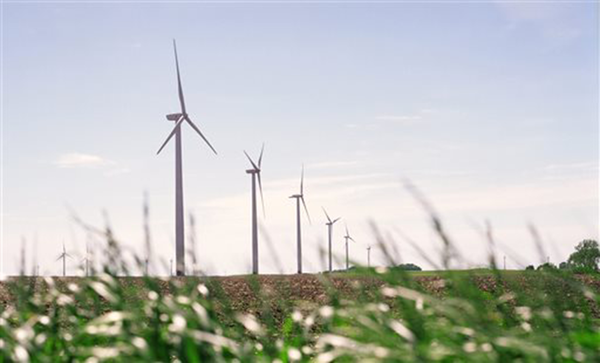 On a vast tract of old North Carolina farmland, crews are getting ready to build something the South has never seen: a commercial-scale wind energy farm.

The $600 million project by Spanish developer Iberdrola Renewables LLC will put 102 turbines on 22,000 acres near the coastal community of Elizabeth City, with plans to add about 50 more. Once up and running, it could generate about 204 megawatts, or enough electricity to power about 60,000 homes.

It would be the first large onshore wind farm in a region with light, fluctuating winds that has long been a dead zone for wind power.

After a years-long regulatory process that once looked to have doomed the plan, Iberdrola spokesman Paul Copleman told The Associated Press that construction is to begin in about a month.

Right now, there’s not a spark of electricity generated from wind in nine states across the Southeast from Arkansas to Florida, according to data from the American Wind Energy Association, an industry trade group.

But taller towers and bigger turbines are unlocking new potential in the South, according to the US Department of Energy, and the industry is already looking to invest.

And with the electricity system in the region undergoing a period of change as coal plants are phased out, some experts believe the door is open for renewables like wind.

“If you go higher, the wind is better,” said Jose Zayas, director of the Wind and Water Power Technologies Office at the Department of Energy. “The question is how you get there responsibly and economically.”

The average tower height now in the US is about 260 feet; the new technology allows turbines to mine air at 460 feet.

From the Christian Science Monitor:

Did you know that June 15th is Global Wind Day?

Currently, Pennsylvania has twenty-four operating wind farms with a total installed capacity of over 1,340 megawatts (MW) that generate over 3 billion kilowatt-hours (kWh) of clean electricity each year. That’s enough to power nearly 330,000 homes.

Your home and business is probably eligible to tap into this clean, renewable energy. Check out ChoosePAWind.com for more information! 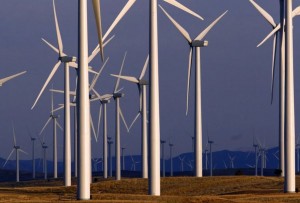 There’s been a lot of positive news about clean energy lately. For instance, we’ve reported that from 2008 to the present, wind and solar energy capacity in the United States has tripled.

Now, a new report from the U.S. Energy Information Administration makes a similar point. It finds that the electricity generated from wind and solar grew a lot faster than electricity generated by fossil fuels last year. In fact, solar more than doubled, and wind outgrew all other sources.

“I think the story that renewable generation is up from wind and solar and other sources is certainly the story to tell,” said Emily Williams, deputy director of industry data and analysis at the American Wind Energy Association, which heralded the report.

Read more at the WashingtonPost.com 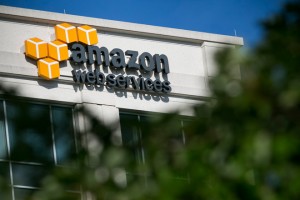 Over the past few years, Apple, Google, and Facebook pledged to run their online empires on renewable energy, and considering how large these empires have become—how many data centers and machines are now required to keep them going—this was a vital thing. But despite pressure from the likes of Greenpeace, the environmental activism organization, the other big internet name, Amazon, didn’t budge.

That all changed on Wednesday. With a post on its website, Amazon’s cloud computing division—Amazon Web Services—said it has a “long-term commitment to achieve 100 percent renewable energy usage for our global infrastructure footprint.”

Amazon is the largest cloud computing company in the world, providing services where developers and business can rent computing power. Many popular websites and services, such as Netflix, Spotify and Pinterest, all use the Amazon cloud. If Amazon cuts its emissions, it could have a significant impact on the tech industry’s carbon footprint.

From The Atlantic’s Citylab: 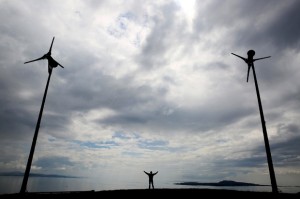 It’s easy for people to say they support renewable energy. But if their eagerness to be green meant spending more money, would they really?

More than 1,600 Americans were asked just that in the Atlantic Media/Siemens State of the City Poll—as well as a few other questions about energy use—and their responses show that there’s a significant divide when it comes to a willingness to pay higher costs for a more sustainable power supply. It turns out the most die-hard fans of kicking fossil fuels can be found, perhaps in no great surprise, among the youngest Americans, the most educated, and those who identify as Democrats.

Read more at The Atlantic. 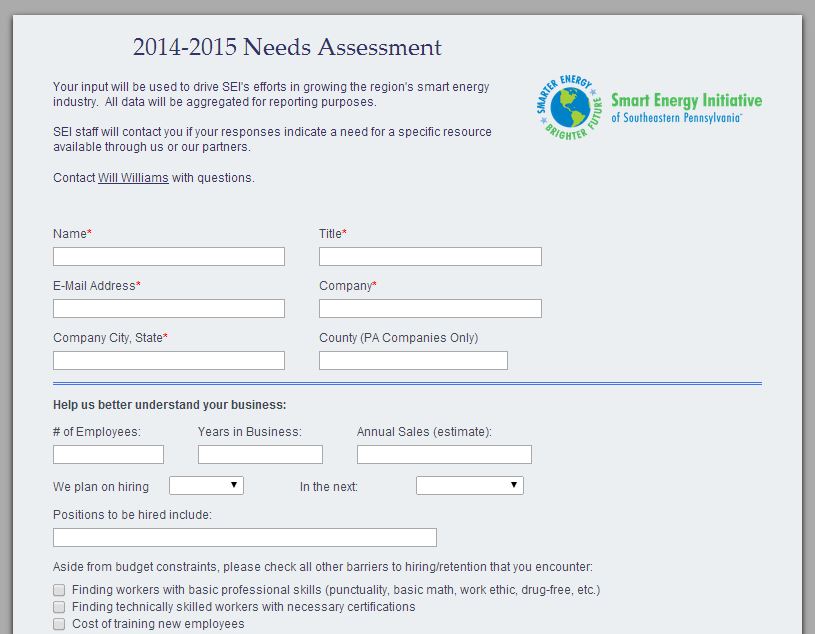 It is that time of year again when we ask for your input in creating an informative profile of the region’s smart energy industry. Our five-minute needs assessment will help us prioritize our 2014-2015 efforts and initiatives.

Please take a few minutes to tell us how we may help your organization grow and prosper.

Thanks in advance! We look forward to working with you in the upcoming year.

If you have any questions, please contact Will Williams. 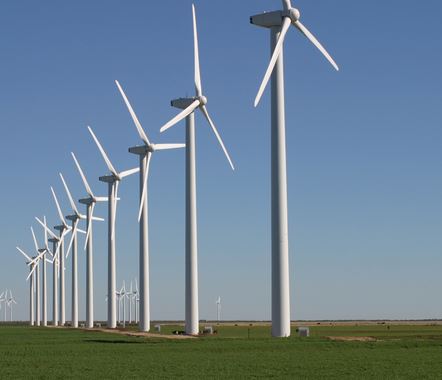 A group of 144 members of the Congress sent letters Friday urging their colleagues to renew tax credits that help the wind energy industry.

The members want credits for investment in renewable energy technology and production of electricity to be renewed. Both credits expired at the end of 2013.

“Like all businesses, the wind industry seeks certainty and predictability so that long-term project decisions and investments can be made,” said the letter signed by Sens. Chuck Grassley (R-Iowa) and Mark Udall (D-Colo.), along with 24 other senators.

“Without that stability, we once again risk losing many of the jobs, infrastructure and investment that the wind industry has created,” they wrote.
Reps. Steve King (R-Iowa) and Dave Loebsack (D-Iowa) sent a similar letter along with 116 of their colleagues.

The production tax credit (PTC) provided 2.3 cents per kilowatt-hour for wind turbines during the first 10 years of the utilities’ operations and 1.1 cents for some other renewable energy sources. The investment tax credit (ITC) was worth up to 30 percent of the costs of developing wind turbines, and 10 percent or 30 percent for other sources.

“We look forward to Congress, in particular the Senate Finance Committee, acting quickly to extend the PTC and ITC so that the U.S. remains a global leader and our businesses can continue building, expanding and hiring,” Tom Kiernan, CEO of the American Wind Energy Association, said in a Friday statement.

The Senate Finance Committee will consider extending more than 50 tax incentives, including the renewable energy credits, next month, the committee said Wednesday. 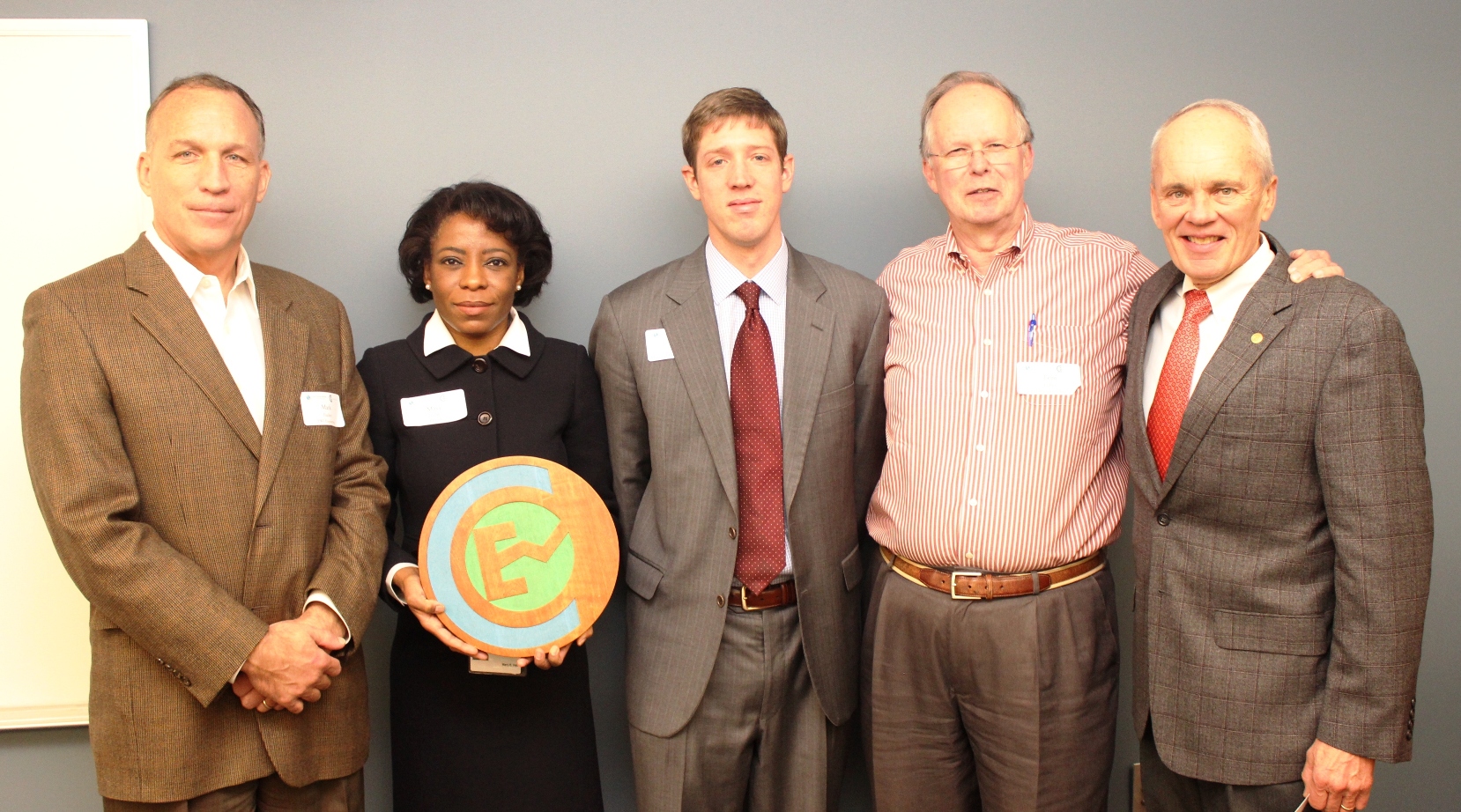 The Smart Energy Initiative and the Chester County Economic Development Council hosted the 2014 Energy Briefing on Thursday, February 20th. Thanks to our sponsors PECO, ICF International, and the Coatesville Solar Initiative, as well as the speakers:

Thanks to our sponsors:

From John Hanger’s Facts of the Day:

Wind farms lower electricity prices in a number of ways that are discussed in the linked to paper above. For example, in competitive power markets, wind farms displace the most high-priced power plants and lower the total market price by doing so, creating large savings for all consumers of electricity.

In utility service territories, where consumers are captured monopoly customers, wind power avoids the large fuel costs for coal, gas, oil, and uranium that are otherwise charged dollar for dollar to consumers.

SEI and the Manufacturing Alliance of Chester and Delaware Counties have partnered to provide a program to answer manufacturer’s energy questions. We are looking for sponsors to help underwrite the cost of developing this event. Opportunities begin at $250! Read more about sponsorship by clicking here.Contact Jim Lauckner if you’re interested.